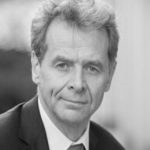 Poul M. Thomsen is the Director of the IMF’s European Department. He is currently in charge of the IMF’s programs with Greece and Portugal, and also oversees the work of other country teams, including Iceland, Romania, and Ukraine. He graduated from the University of Copenhagen, where he has also been Teaching Assistant from 1979 to 1982. During the 1990s and early 2000s, Thomsen gained extensive knowledge of the economic and social problems facing the countries in Central and Eastern Europe through multiple assignments in the region, including as the IMF’s Senior Resident Representative and Head of the Fund’s Moscow Office.