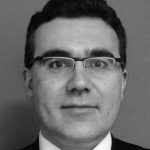 Nicola Pochettino works at the European Investment Bank (EIB) in Luxembourg. He is currently Head of the Electricity Networks Division within the Energy Department of EIB’s Project Directorate. Prior to joining the EIB, he worked at the International Energy Agency in Paris and in various positions in the financial sector and the energy industry, both in Italy and the UK. Nicola is a CFA charterholder and holds a master of science in nuclear engineering from the Polytechnic of Turin and a master’s degree in energy economics and management.