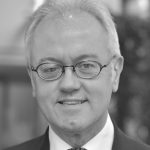 Marco Buti has been Director General for Economic and Financial Affairs at the European Commission since December 2008. He was educated at the Universities of Florence and Oxford. Since 1987, when he joined the European Commission, he held various positions including that of economic advisor to the Commission President. He is the Commission Finance Deputy in the G7 and G20. He has been a visiting Professor at the Université Libre de Bruxelles, the University of Florence and at the European University Institute. He has published extensively on EMU, macroeconomic policies, structural reforms, welfare states, and unemployment.