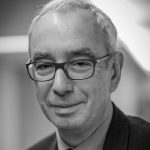 Jean Pisani-Ferry holds the Tommaso Padoa Schioppa chair of the EUI and is a professor at Sciences Po Paris and the Hertie School of Governance in Berlin. He was Founding Director of Bruegel, the Brussels-based economic think tank, where he remains a Mercator Senior Fellow. Previously, he served as Commissioner-General of France Stratégie, the ideas lab of the French government, and he has held senior roles advising the French government and European Commission on economic issues. He has published widely, on economic policy and European policy issues.