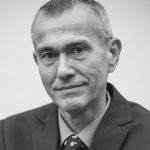 Frank Vandenbroucke is a Belgian academic who served as Belgium’s Minister of Social Security, Employment and Pensions (1999-2004), before becoming Minister for Work, Education and Training in the Flemish Regional Government (2004-2009). He became Minister of State in 2009, and served as President of Belgium’s “Commission de réforme des pensions 2020–2040”. Since 2009, he has held academic positions at KULeuven, the University of Antwerp, the University of Amsterdam and the College of Europe. His research focuses on the impact of the EU on the development of social and employment policy in the Member States.