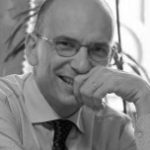 Enrico Letta is President of the Jacques Delors Institute, Dean of the Paris School of International Affairs (PSIA) at Sciences Po, and the former Prime Minister of Italy. He became the youngest minister to date when he served as the Italian Minister of European Affairs, before becoming Minister of Industry under the governments of D’Alema and Amato. After acting as a member of the opposition from 2001-2006, Letta rejoined the government as Secretary to the Council of Ministers under Prime Minister Prodi. Following the 2008 general elections, he became Vice-Secretary of the Democratic Party in 2009 and then Prime Minister from 2013-2014.