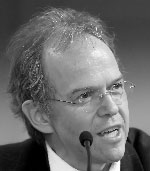 Professor of Social and Political Theory, Department of Political and Social Sciences, EUI Rainer Bauböck holds a chair in social and political theory at the Department of Political and Social Sciences of the European University Institute (EUI). In November 2006, he was awarded the Latsis Prize of the European Science Foundation for his work on immigration and social cohesion in modern societies. From October 2012 till January 2016 Professor Bauböck was Dean of Graduate Studies at the European University Institute. 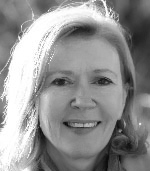 Joint Chair Professor of European Union Law, Department of Law and Robert Schuman Centre for Advanced Studies, EUI Deirdre Curtin holds a chair in European Union Law at the Department of Law and the Robert Schuman Centre for Advanced Studies of the EUI. She was the founding director of the Amsterdam Centre for European Law and Governance (ACELG). In 2003 she was elected a member of the Royal Netherlands Academy of Arts and Sciences (KNAW). In 2007 Professor Curtin was awarded the Spinoza prize by the Dutch Scientific Organization (NWO) for her research in the field of European law and governance. 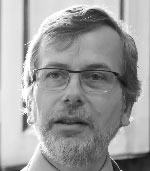 President of the EUI Renaud Dehousse is the President of the EUI since the 1st of September, 2016. Previously, he was Jean Monnet Professor of European Law and Political Science at Sciences Po, where he founded and directed the Centre for European Studies. He also chaired Sciences Po’s Governing Council from 2013 to 2016. Professor Dehousse holds a law degree from the University of Liege (Belgium) and a PhD from the EUI. Before moving to Sciences Po, he held Professorships at the EUI and at the University of Pisa. He was a visiting Professor at the universities of Florence, Lausanne, Cologne and at the Law School of the University of Michigan. He has also been scientific advisor to Notre Europe, the centre for research founded by Jacques Delors. Prof. Dehousse was a member of several working parties on the reform of European institutions established by the European Commission and the French Government.

A career diplomat and expert on European Institutions, Vincenzo Grassi served most recently as Italy’s Ambassador to Belgium. He has been Italy’s Deputy Permanent Representative to the European Union (2007-2012), and subsequently Principal Director for European Integration at the DG for the EU within Ministry of Foreign Affairs (2013). He was appointed Head of the Department for European Policies (DPE) within the Presidency of the Council of Ministers in 2014, before returning to the Italian Foreign Ministry’s Directorate General for Cultural and Economic Promotion and Innovation. Secretary General Grassi obtained his laurea magistrale in Law from the University of Naples Federico II in 1982, and participated in the Cycle Etranger at the Ecole Nationale d’Administration (ENA) in 1985-86. He has been a visiting fellow at Harvard University’s Center for International Affairs, and is the author of various publications on European politics. 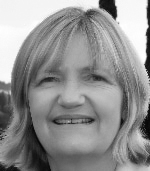 Director of HAEU – Director ad Interim, EUI Communications Service Dieter Schlenker is the Acting Director of the Communications Service and the Director of the Historical Archives of the European Union at the EUI. Prior to this role, Dieter Schlenker was the head of UNESCO’s Information and Knowledge Management Unit in Bangkok. Having begun his career in Rome, working for Caritas International, the Vatican Secret Archives and the UN Food and Agriculture Organization, he joined UNESCO’s headquarters in Paris, where he worked as a records management specialist for five years. 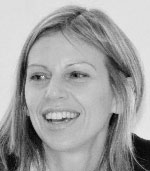 Anna Triandafyllidou holds a Robert Schuman Chair, at the Global Governance Programme within the Robert Schuman Centre for Advanced Studies (RSCAS) at the European University Institute. Before joining the Programme, where she directs the Research Area on Cultural Pluralism, she was Senior Fellow at the Hellenic Foundation for European and Foreign Policy (ELIAMEP) in Athens. She is the Editor-in-Chief of the Journal of Immigrant and Refugee Studies and has been Visiting Professor at the College of Europe in Bruges since 2002. Triandafyllidou serves as a national expert in the OECD Network of International Migration Experts. Her latest books include ‘What is Europe’ (2015, with R. Gropas, Palgrave) and the ‘Routledge Handbook of Immigration and Refugee Studies’ (2015, ed.).