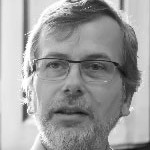 Professor Dehousse is President of the EUI, where he also a Professor and PhD researcher. He has also held professorships at the University of Pisa and Sciences Po. He was a visiting Professor at the universities of Florence, LUISS (Rome), Lausanne, Cologne and at the Law School of the University of Michigan. He was scientific advisor to  Notre Europe, the research center founded by Jacques Delors. Prof. Dehousse was a member of several working parties on the reform of European institutions established by European institutions and the French Government.