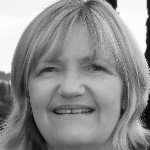 Brigid Laffan is Director of the Robert Schuman Centre for Advanced Studies and Director of the Global Governance Programme, EUI. Prior to that she was Professor of European Politics, Vice-President at the School of Politics and International Relations, University College of Dublin. She was the founding director of the Dublin European Institute and member of the Royal Irish Academy. Her latest publications include her co-edited book Core-periphery relations in the European Union: power and conflict in a dualist political economy (2016) and her edited special issue of West European Politics, Europe’s union in crisis: tested and contested (2016).