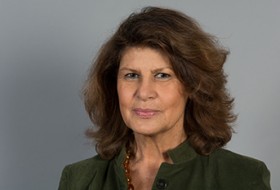 Silvia Costa has been a Member of the European Parliament in the S&D group since 2009, where she chairs the Committee on Culture and Education and is a member of the Delegation to the EU-Albania Stabilisation and Association Parliamentary Committee. Previously she was a city councilor in Rome (1976-1985), member of the Italian Parliament (1983-1994), Undersecretary of State at the Ministry of Education (1993-1994), President of the Academy of Fine Arts in Rome (1995-2005) and regional councilor in Lazio responsible for educational rights and training (2005-2009). She was chair of the European Advisory Committee on Equal Opportunities during the 1996 Italian Presidency of the EU.