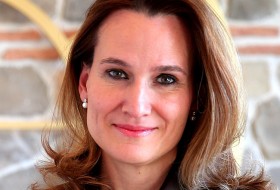 Ruth Rubio Marín is Professor of Constitutional and Public Comparative Law at the EUI. Previously, she was Professor of Constitutional Law at the University of Seville and member of the Hauser Global Law School at the New York University. A graduate of the EUI’s Law Department, she has held teaching and research positions at, among others, Princeton University, Queen’s University and Columbia University. Her primary research areas are constitutional law, immigration and nationality law, law and gender, antidiscrimination law, transitional justice and minority rights. Her publications include The Gender of Reparations: Subverting Sexual Hierarchies while Redressing Human Rights Violations, and Migration and Human Rights. She is currently working on the book The Disestablishment of Gender in the New Millennium Constitutionalism.