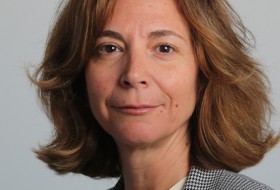 Roula Khalaf is Deputy Editor at the Financial Times, which she joined in 1995 first as North Africa correspondent, then as Middle East correspondent and Middle East Editor. Previously, she was a staff writer for Forbes magazine in New York. In 2009 she was awarded the ‘Peace Through Media’ award, while in 2013 she won the ‘Foreign Press Association Media Award’. She is a graduate of Syracuse University and holds an MA in International Affairs from Columbia University.