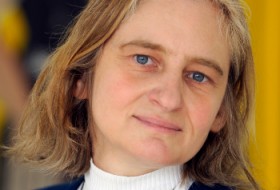 Mary Anne Case is Professor at the University of Chicago Law School and a Fernand Braudel Fellow at the EUI Law Department. Previously, she held academic appointments at the University of Virginia, the New York University, the American Academy in Berlin, Princeton University and Columbia Law School. Among the subjects she has taught are feminist jurisprudence, constitutional law, regulation of sexuality, marriage, family law, sex discrimination, religious freedom and European legal systems. A graduate of Yale College and the Harvard Law School, her scholarship has concentrated on the regulation of sex, gender, and sexuality, and on the early history of feminism.