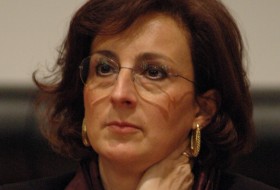 Marta Cartabia has been Vice President of the Italian Constitutional Court since 2014, where she was appointed Constitutional Judge in 2011. A graduate of the EUI Department of Law, she was a researcher in Constitutional Law at the University of Milano, professor at the University of Verona and Milano-Bicocca, and fellow at the Straus Institute in New York. From 2003-2006 she was an adjunct member of the EU Network of Independent Experts on Fundamental Rights and from 2008-2010 she was the Italian human rights expert at the EU Agency for Fundamental Rights. She is among the founders of the Italian Journal of Public Law.