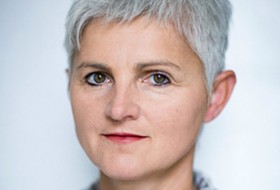 Maria Rösslhumer is Managing Director of Women against Violence in Europe (WAVE).  Established in 1994, WAVE is one of the most influential European-wide feminist NGOs. Since 1997 she has been director of the Austrian Women´s Shelter Network and since 2006 one of the deputies of the Austrian Frauenring, one of the umbrella organizations for women NGOs in Austria. She is an expert in the field of domestic violence against women, gender-based violence, violence within the family, gender and women’s politics and gender mainstreaming.