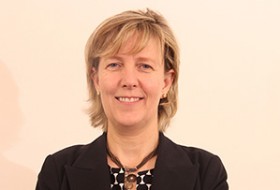 Maria Luís Albuquerque is the former Portuguese Minister of Finance (2013-2015), and Secretary of State for Treasury (2011-2013), when she acted as Deputy Finance Minister in external matters, including alternate in Eurogroup and Ecofin. She was elected as MP first in 2011 and again in 2015. Previously, she was Head of Issuing and Markets at the Portuguese Debt Management Agency, Director of Financial Management of REFER, the railway infrastructure public company. In March 2016, she became Non-Executive Director for Arrow Global to advise on EU macroeconomics and regulation. She holds a degree in Economics, a Master’s Degree in Financial and Monetary Economics and has lectured at Universidade Lusíada from 1991 to 2006.