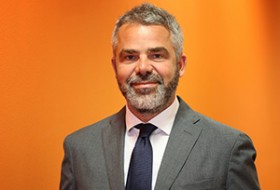 Leonardo Bassilichi has been President of the Camera di Commercio di Firenze since 2014 and vice President of Unioncamere since 2015. He joined the company Bassilichi S.p.A. in 1990, where he held various executive positions before being appointed Chief Executive Officer in 2012.  He is also President of Alfazero S.p.A. and is a member of the board of directors of Toscana Aeroporti S.p.A. Prior to this, he held the position of Vice President in growth policies, industrial relations and security within Confindustria Florence.