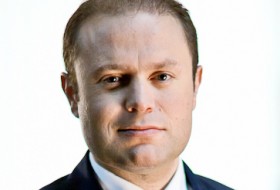 Joseph Muscat has been the Prime Minister of Malta since March 2013 and the leader of the Partit Laburista since 2008. He has held positions in the party since early in his career, including Secretary of Education.  He has served as Member of the European Parliament (2004-2008) and as a member of the National Commission for Fiscal Morality (1997-1998). He has worked as a radio journalist, market intelligence manager and investment adviser. He holds a BA and MA degree from the University of Malta and a Ph.D. from the University of Bristol. He was awarded the Outstanding Young Person of the Year prize in 2006 for his political activities.