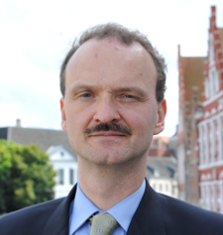 Jörg Monar has been Rector of the College of Europe (Bruges and Natolin, Warsaw campuses) since 2013. His former positions include Director of the Department of Political and Administrative Studies of the College of Europe from 2008 to 2013 and Professor of Contemporary European Studies and Co-Director of the Sussex European Institute, University of Sussex. In addition to research and teaching, Professor Monar also held consultancy assignments with the European Parliament and European Commission. Monar holds a Ph.D. in Modern History from the University of Munich and in Political and Social Sciences from the European University Institute. He is also a founding editor of the European Foreign Affairs Review.