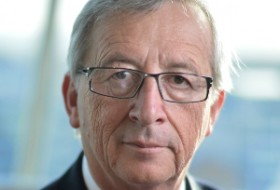 Jean-Claude Juncker is the President of the European Commission, selected by the European People’s Party. He chaired the Eurogroup from 2005 to 2013 and was its first permanent President. Previously, he was Parliamentary Secretary of the Luxembourg Christian Social Party from 1979 to 1982 and was appointed at its chairman in 1990-1995. Since 1989 he served many times as Luxembourg’s Minister for Labour and as Finance Minister and was Prime Minister from 1995 until 2013. He was also on the board of governors of the World Bank (1989-1995) and Governor of the International Monetary Fund and Governor of the European Bank for Reconstruction and Development.