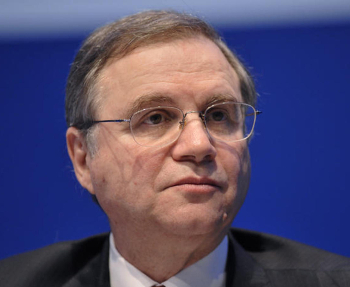 Ignazio Visco is an Italian economist and since 2011 has been the Governor of the Bank of Italy, succeeding Mario Draghi in the role. Prior to this he was deputy director general of the Bank of Italy and a member of its Board of Directors. He obtained a summa cum laude degree in economics from the Sapienza University of Rome in 1971 and received an MA in 1974 and a PhD in Economics in 1981 from the University of Pennsylvania. From 1990 he headed the research department at the Bank of Italy and from 1997 to 2002 he was chief economist of the Organisation for Economic Co-operation and Development (OECD).