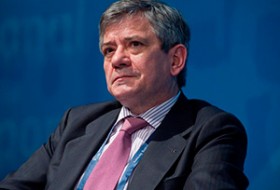 Enrique Barón Crespo served as President of the European Parliament from 1989–1992. He is a member of the Spanish Socialist Workers’ Party and sits with the Party of European Socialists group in the European Parliament. He graduated in law from the University of Madrid and in business at the ESSEC Business School in Paris. As a practising lawyer, he specialised in labour law. Barόn is a member of the Board of Advisors of the Global Panel Foundation and the Advisory Board of think tank Gold Mercury International, London, UK. He is an active player in Gold Mercury’s Brand EU initiative to improve the management and promotion of the European Union brand and monitor its progress.