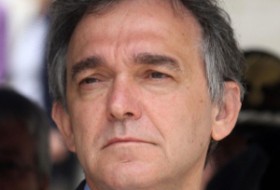 Enrico Rossi has been President of the region of Tuscany since 2010, elected for a second mandate in 2015. His election followed ten years as a councillor responsible for health in Tuscany, during which he was a member of the Italian Medicines Agency (AIFA) and the coordinator of councillors. From 1990 to 1999 Rossi was mayor of the city of Pontedera, following positions as deputy mayor and councillor. He entered politics after working for the newspaper Il Tirreno, joining its editorial team in 1985.