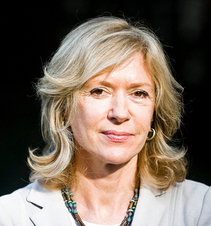 Deirdre Curtin is Joint Chair Professor of European Union Law. She has been Professor of European Law of the University of Amsterdam since 2008. From 2003- 2013, she held the Chair in European and International Governance at the Utrecht School of Governance of the University of Utrecht. She was the founding director of the Amsterdam Centre for European Law and Governance. In 2003 she was elected a member of the Royal Netherlands Academy of Arts and Sciences. In 2007 she was awarded the top-level Spinoza prize by the Dutch Scientific Organization. In 2008 she was conferred with an Honorary Doctorate in law by University College Dublin. In 2013 she was elected an Honorary Bencher by the King’s Inn, Dublin.