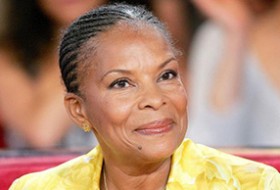 Christiane Taubira is the former Minister of Justice of France, a position she held from 2012 until her resignation in 2016. She was first elected as Guyana’s representative to the French National Assembly in 1992, where she served four consecutive terms until 2012, and was a MEP from 1994 to 1999. In 2002 she was the candidate for the French Presidency with the Left Radical Party.  She holds a post-graduate degree in economics from Paris II-Assas University and additional degrees in sociology and African-American ethnology. She holds an honorary doctorate in law and human rights from the University of Wisconsin-Milwaukee and has authored several books on French history and society.