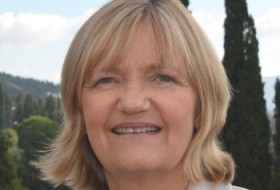 Brigid Laffan is Director and Professor at the Robert Schuman Centre for Advanced Studies at the EUI. She was Vice-President of University College Dublin and Principal of the College of Human Sciences. She was the founding director of the Dublin European Institute UCD and in 2004 she was elected as a member of the Royal Irish Academy. In 2014 Professor Laffan was awarded the Academic Association for Contemporary European Studies’ (UACES) Lifetime Achievement Award, as well as the THESEUS Award for outstanding research on European Integration. In 2010 she was awarded the Ordre national du Mérite by the President of the French Republic.