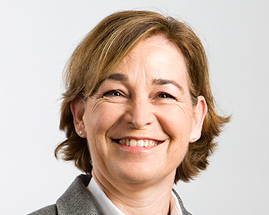 Belén Romana García has been a non-executive director at Aviva since 2015, working on its Governance, Nomination and Risk Committees. She is a former Head of the Spanish Treasury and previously President and Chairman at Sareb, the management company for assets arising from the Spanish banking sector reorganisation. She also served on the boards of the Bank of Spain and the Spanish National Securities Market Commission. Belén is currently also an independent Non-Executive Director of Banco Santander (banking) and she has also held Non-Executive positions at Ageas (insurance), Acerinox (stainless steel manufacturing conglomerate) and Banesto (banking).She is a a Graduate in Business and Economics from Universidad Autónoma de Madrid.