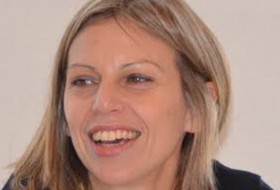 Anna Triandafyllidou is Professor at the EUI’s Robert Schuman Centre’s Global Governance Programme, where she is the Director of the research area on Cultural Pluralism. Previously, she was part time professor at the RSCAS (2010-2012) and Senior Fellow at the Hellenic Foundation for European and Foreign Policy (2004-2012). She has been Visiting Professor at the College of Europe in Bruges since 2002 and a member of the Spinelli Group since its foundation. She is the editor-in-chief of the Journal of Immigrant and Refugee Studies. She serves as national expert and evaluator for several national and international networks and agencies.